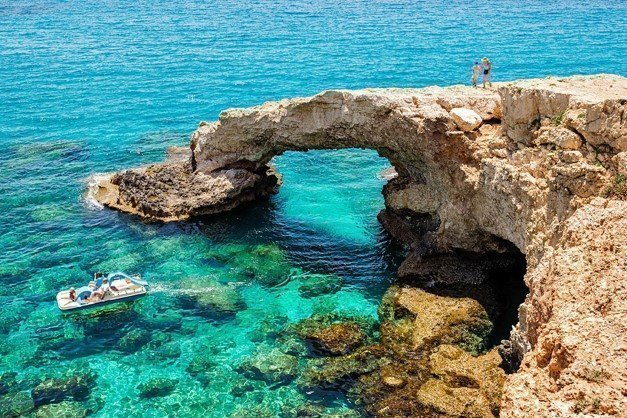 Cyprus is a small island with a long history and a rich culture that spans 11.000 years, making it one of the oldest civilisations in the Mediterranean – as evidenced by the many fascinating cultural sights, museums, monuments and galleries.

Situated at the crossroads of three continents – Europe, Asia and Africa – the island’s unique geographic position has played an important part in its turbulent past since antiquity. Its Prehistoric Age inhabitants were joined 3,500 years ago by the Mycenaean Greeks, who introduced and established their civilisation, thus permanently instilling the island’s Greek roots. Many other cultures followed thereafter, including Phoenicians, Assyrians, Egyptians, Romans, Franks, Venetians, Ottomans and British, who all left behind visible remnants of their passage, and have thus created a mosaic of different cultures and periods.

As such, the island is an open-air museum of prehistoric settlements, classical Greek temples, Roman theatres and villas, Early Christian basilicas, Byzantine churches and monasteries, Crusader castles, Gothic cathedrals, Venetian fortifications, Moslem mosques, and British colonial-style buildings. The old ways of life, customs and traditions are still beautifully preserved in the rural villages, and interesting elements of the island are captured in the many museums and galleries. It is not surprising then that UNESCO includes a number of the island’s sights on its list of World Heritage Sites. Whilst the preservation of historical sites and riches is of the upmost priority for the island, these efforts are in stark contrast with the unfortunate reality that a large part of its cultural heritage remains under Turkish occupation since July 1974, and has been subjected to severe damage. But when visiting Cyprus, you will never have to look far to find a piece of its history and culture, whether you want to discover more about the traditions of the island, or immerse yourself in its captivating past.

East meets west in the ancient district of Larnaka (Larnaca), where hundreds of years of contrasting civilizations, architecture and culture have left their mark on an authentic and diverse region.
Both Christianity and Islam have important religious sites in Larnaka. The Church of Saint Lazarus, who lived in Larnaka after his resurrection, and the Mosque of Hala Sultan – built in honour of the Prophet’s Mohammed’s aunt – are two of the main attractions of the city. Other popular sights are the Medieval Castle, the palm tree-lined promenade of ‘Finikoudes’, and Larnaka Salt Lake, which fills with flocks of vibrant pink flamingos during the winter months.

Further out, the mountainous areas of Larnaka trail up the Troodos range, which is dotted with charming villages of narrow streets, where traditions and skilled handicrafts are still practiced. Of the most famous is the handmade lace embroidery of Lefkara and its delicate filigree silver, whilst villages like Kato Drys, Vavla and Odou are also pretty and tranquil.

The region is also rich in significant archaeological sites, including ‘Choirokoitia’ – one of the best-preserved sites of a prehistoric settlement in the Eastern Mediterranean – and ‘Kalavasos Tenta’, located in the rural areas.

One of the finest examples of Byzantine art of the Justinian period – a rare 6th century mosaic of the Virgin and Child between two archangels – can be found in the region at Angeloktisti Church in Kiti village, whilst the solitary monastery of Stavrovouni, one of the oldest on the island, sits perched on a rocky peak with panoramic hillside views. In Pyrga village, the Royal Chapel – built in 1421 by the Lusignan King Janus – is  decorated with an interesting wall painting of the king and his wife, Charlotte de Bourbon.

Enjoy a melting pot of diversity and history, combined with coast and mountains in the captivating region of Larnaka!